More Dante than you could shake a stick at! 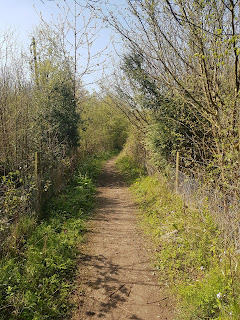 Dante! You and your blinking Divine Comedy constantly rattling around my head. All that ‘Halfway through this journey of life’ stuff. Enough to make a grown man stop and reflect. Last thing we should be doing as men, Stopping, that is. Reflecting even less so.

But then there is this gnawing worry that I’ve got it wrong. Why am I not more successful and driving a posh car rather than a mid-range people carrier? Why am I living in a pokey, three-bedroom townhouse with a postage stamp for a garden in a mouldy London exurb and not a big, five-bedroom detached house with a proper garden and my own study? And why am I looking at maybe another twenty years working life at tops, to retire on a tiny pension?


When half way through the journey of our life
I found that I was in a gloomy wood,
because the path which led aright was lost.

He was putting into poetic form this spiritual dark night that we now call the ‘mid-life crisis’. He then takes his protagonist on an epic journey through the realms of Limbo, Hell, Purgatory and Paradise to lead him back to the ‘path which led aright’.

Actually, at this stage, I must hold my hands up and confess that I have only read Inferno, because I found both the purgatory and paradise bits rather dull by comparison, and because I had been entranced by the 1989 Peter Greenway TV adaptation of the first eight Cantos. But this opening stanza of Canto I of Inferno has stuck with me and grown in relevance as I transitioned from youth to middle age and began to wonder whether my life was ‘lost on in a gloomy wood’.

This summer, my better half and children and I decamped to one of those huge summer, Christian festivals that involved lots of excessively loud worship (this year’s styles verged between the traditional U2 and Coldplay rip-offs, and (new this year) Clean Bandit), lots of meetings and seminars and prayer ministry. And camping. In lots and lots of rain and mud. And dirty, smelly loos and showers. And lots of BO.

The highlight this year (and there were several standout moments, including the aforementioned Clean Bandit style worship rave on the last evening – more in the watching and joining in for me) was Nick Page’s ‘Dark Night of the Shed’ seminar. With much humour and honesty, he began to explore the male mid-life crisis, dissecting its roots mercilessly, cataloguing its symptoms hilariously, and soberly beginning to re-look at how we transform the narrative of our lives.

In short, Page argues, the mid-life crisis is caused when we realise that our false gods are letting us down. Be they the worship of money and consumerism, our long-lost youth, power and status or sex, these false gods all promise us much in our youth, but are revealed by middle age as worthless idols.

You can see where this is going, can’t you?

The way through the mid-life crisis is to re-engage with an authentic, Christ-centred spirituality. To recognise it is not our power that achieves anything, but His. To recognise what the Bible says about our senior years and not what our current cultural obsession with youth says.

This is really what Dante was writing about seven hundred years ago. He understood that the mid-life crisis is a spiritual crisis. For me, to discover that there are other men (and women) who feel the same as me has been truly liberating. Even more encouraging has been to realise that they have found a way through it to a richer way of being in the second half of life.

When I started this blog in 2006, I was hoping to write about life and faith and my experiences along the way. Over the years, this has slowed down to a dribble of posts and has been more a cultural commentary than a personal reflection. I’m not ruling out such commentary in the future, but think that there is a more interesting journey to start recording here.
at August 11, 2017