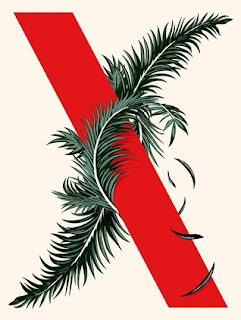 My preferred genre of literature has, since my youth, been science fiction, in cinema, television, but above all in literature. Spy thrillers, crime, literary fiction, all have their merits, and I have enjoyed many of them, but the genre that seems to constantly challenge our knowledge of the world and of ourselves for me is science fiction.

There are many tropes that recur in the genre. The advent of artificial intelligence, the end of the world, invasions by aliens, and first contact with aliens in a less confrontational context.

It is the first contact stories that fascinate me the most. When Cervantes 'discovered' Mexico or Polo travelled to the court of the Chinese Emperor, or Xavier sent missions into Japan, all presented the West with the challenge of understanding alien cultures and societies very distant and different from our own. Now that experience of the other is best explored in fiction, as most of the world is now explored and its cultures and languages catalogued and studied endlessly. And our culture is itself under the scrutiny of these cultures, as they hold up uncomfortable but revealing mirrors to us.

While your average TV and cinema first contact story usually involves essentially human-like aliens, it is usually an exploration of these earlier, colonial encounters with other cultures that are being revisited and explored.

More challenging are those stories that present us with an encounter with something beyond our understanding, beyond our experience, and which cannot be mapped, discussed or catalogued by our senses or language.

The most fascinating recent example of this is Jeff VanderMeer's Southern Reach trilogy. The first book, Anhiliation has been filmed and goes on general release in the US in January and worldwide on Netflix in February. By the looks of the trailer, Alex Garland has taken a particular direction with the story that the original studiously eschews, which is disappointing.

In the trilogy, a series of characters struggle with understanding Area X, a region of the southern US coastline that has been sealed off from the outside world by an enigmatic and invisible barrier. It is only penetrable through one, distressing doorway. On the other side is a pristine ecosystem, the signs of the previous human habitation all but decayed to nothing in a few decades, save for an old Lighthouse. But is the landscape and the wildlife that inhabit it what they seem to be? And why do all those who enter come back mad, dead or changed? Something is going on in Area X that defies human measurement and understanding.

Area X is reminiscent of another, inscrutable alien environment, the enigmatic, eponymous planet Solaris in Stanislaw Lem's classic. Solaris is a world covered by an ocean that seems to create structures and forms of great complexity, but whose purpose and function is totally inscrutable. Yet the planet (or its ocean) react to human probes and the presence of scientists hovering above the surface. The most dramatic form of this reaction is the visitors that the scientists are afflicted by - manifestations of people from their past about whom they feel and a profound sense of guilt or grief. What is the purpose of these visitors? Are they probes, lab experiments or an attempt at contact? Or are they just an unconscious response from an entity too alien to truly interact with us?

Area X similarly seems to create copies of the humans who visit - but to what end is totally unclear. And there are other things moving in Area X that do not conform to any known terrestrial form. It becomes more and more clear as time goes by that a particular form of observer effect is going on. Everything, down the cellular level appears totally normal when observed, but there is a palpable sense that the rest of the time, Area X is not at all as it appears to be.

Both the Southern Reach trilogy and Solaris do not give any final answers to the nature of the other that is being encountered. What is clear is that both Area X and Solaris are not knowable. There is a limit to human understanding, there is a boundary to our knowledge.

Martin Luther challenged the scholastic tradition of his day, which believed that all we need to know can be accessed through reason and study, arguing that reason and study can only get us so far, but to apprehend God, we need him to reveal himself. The ultimate expression of that revelation came in the person of Jesus - making that which was unknowable and unapproachable both visible and touchable.

While neither Solaris nor Area X are divine - the are finite, space and time-bound entities that still elude our understanding - they remind us that there is more in heaven and earth than is dreamed of in our philosophies. However, it is in the encounter with that which is beyond us, the 'other' that we see a mirror into our own selves. It's not always a comfortable reflection to behold.