Does 2016 have anything left to throw at us? 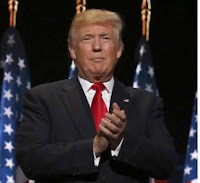 It is too early to write the obituary for 2016, and with only a few weeks left to run it may still have surprises in store for the world. Right now, anything feels possible!

A year the started with the death of David Bowie, whose music and art had such a profound influence not just on Britain but the whole of the English speaking world, was bound to be a year of the unexpected. But apart from the amazing toll of celebrity deaths, the real shock to the establishment and the middle classes, has been the rise of working class anger at globalisation that has left them behind. From the election of Duterte in the Philippines to the Brexit vote in the UK and now the election of Donald Trump as US President. The sense that the political and economic system has left the ordinary working man and woman behind has boiled over into the election of populist, nativist leaders and the increase in political isolationism, anti-immigration and global trade deals.

Working people in Britain and America in particular are fed up with their jobs going overseas to developing countries that can make the same goods for a fraction of the price, and at the total erosion of the job market for semi and unskilled workers in the West, at least in manufacturing industries.

Sadly, we won't be getting those jobs and industries back from the developing world in any realistic scenario. Those countries are undergoing the rapid industrialisation and development that we enjoyed about 150-100 years ago with the first Industrial Revolution, and their governments and people will not be letting that process stop. China, India and much of Asia, Latin America and a small but increasing part of Africa are beginning to claw their way out of poverty.
That's not say this is an unalloyed good, however.  What happened in Victorian Britain was very much the wealthy getting wealthier on the backs of the working poor. But many more of the previously impoverished joined the middle classes as they saw wages and job opportunities increase, and as education became more widespread so those with aspiration had a chance to climb the economic ladder. We see this in China and India today with a similar (possibly even more dramatic) explosion of the middle classes to that the West experienced in the previous two centuries.

But here in the old industrial heartlands, the grim truth is that the jobs that previously gave white, working class men a sense of economic and social worth and enfranchisement are gone for good. Men are also struggling in a post-feminist society which no longer sees the old masculine virtues of physical strength and stamina, hard work and machismo as of any value. Unless you want to take a 'feminine' job in retail and the service industries, for those without further education the options are limited.

That explains why Trump won so big amongst white, working class men in the US. 75% voted for him. His views on work, immigration, race and women resonated with those who no longer feel the US is their nation. It was the same sense of wanting their country back that led so many to vote to leave the EU in my country back in June. The world has left them behind, now they want the world to sit up and take notice and give them what they once had.

It has noticed! Whether the establishments have really got the message and will give anything back remains to be seen. Sadly the policies being spouted by the self-appointed 'champions' of the white working class male are unlikely to work. Furthermore, these champions, Trump and Farage for example, are often  wealthy and middle class and come from the same privilege that they rail against .
But there can be no doubt that society is unequal and unjust. This is not just to white, working class men, but to men of colour, women of almost all colours and classes, but especially working class and black, to people with disabilities, etc, etc. British and American society are broken, divided and increasingly acrimonious.

It is my tired old mantra, but it is one I believe. No government, no political movement, no institution and no set of policies can ultimately solve this. We get the government we deserve, and if we get a divided, angry and fractious political discourse, it is because that is the nation that chose it.  The US election was ugly because US society is divided and ugly - along racial, class and gender lines.  The same is true here in Britain. We get the leaders and the policies we deserve, with the media and civil society fuel the division. These days we also have to contend with social media as their ever more flammable medium.

Wilberforce and the Victorian reformers who followed him did not just bring in social institutions to tackle the huge social ills caused by the Industrial Revolution. They did change political discourse and public policy, but they started with practical and moral change. Wilberforce saw the principles of care for animals, the teaching of biblical ethics and values and inner spiritual transformation from the gospel of Jesus Christ as central to his 'reformation of manners',  He prioritised this as much, if not more than changes in legislation. Fry and others saw the need for alternatives to the strong drink (gin, mostly) that filled the slum drinking dens to which the poor retreated to escape the horrors of daily life. They brought in education for the poor, first with the Sunday school movement, but later with publicly funded schools. They created alternatives for street children, giving them education and institutional care. Their solutions were not always perfect by modern standards, but they did lay the foundations for the welfare state and created a civil society that saw social change to tackle social injustice as a fundamental responsibility

We need similar, bottom up changes in the US and UK today. It is not enough to change the laws without changing to social climate. We cannot change the social division in our communities without changing individual views and attitudes through education and community activism.

But ultimately, we can only change the social and political climate by changing the spiritual climate. The inner transformation of individuals who had met the living God in the person of Jesus, who had let him change their hearts and minds towards God and away from selfishness and ego is the transformation that started the great social changes in British and American society in the eighteenth and nineteenth centuries.

The Trump presidency and Brexit will not save our nations - they may at best do little to change the status quo apart from bringing some economic benefit in the long-term. At worst, they could divide, destroy and impoverish our nations yet further. We have a choice, do we moan and complain, or do we hold the new decision makers to account to make policies that benefit the poor? Do we moan about the decay of society or do we work from within to rebuild it, building bridges between sections of our communities alienated from one another? Do we despair of the moral state of our nation, standing in indignant judgement, or do we reach out with the hope of the good news of Jesus, and speak of and live out a better way than the world can offer?

2016 is not over yet - maybe, just maybe there are surprises left that may delight rather than appall and terrify? The choice is ours.